Congress of Polish Entrepreneurs in the UK 2021 Day 2

The 2021 PBLINK Congress of Polish Entrepreneurs will discuss the challenges and issues of Brexit, two years on, and the invaluable contribution diverse entrepreneurs are making to the UK.

*The Organisers reserve the right to cancel or amend event details including date, time, topic, speaker, agenda and tickets.

Together with your Partners:

Hot on the heels of the news that 5.6 million EEA citizens have applied for Settled Status, comes a report that shows the massive contributions made to the UK by immigrant entrepreneurs from Poland, the EU and beyond.

While only 14% of UK residents are foreign-born, 49% of the UK’s fastest-growing startups have at least one immigrant co-founder.

9 of the UK’s 14 startup unicorns have at least one foreign-born co-founder.

The fast-growing immigrant founded companies of the Top 100 have attracted a combined £3.7bn in investment.

This echoes a global trend. In the US, Pierre Morad Omidyar, an immigrant from France, revolutionised e-commerce by founding eBay, and Greek American Peter M. Nicholas founded Scientific, which now employs over 25,000 people. In fact, Forbes Magazine reveals that 40% of Fortune 500 companies are founded by immigrants or their children, including Google, McDonalds, Pfizer and eBay.

5.6 million EEA citizens represents around 8.5% of the UK population and the figures show that we are keeping the country afloat. Oxford Economics reports that

“…over their lifetimes, European migrants pay in £78,000 more than they take out in public services and benefits - while the average UK citizen’s net lifetime contribution is zero.
“Taken together, this means that the migrants who arrived in 2016 will make a total net positive contribution of £26.9 billion to the UK’s public finances over the entirety of their stay. The value of this to the UK’s public finances is equivalent to putting approximately 5p on income tax rates in that year.”

Not only that, we are creating jobs and reversing the UK’s aging population trend.

And on the 25th and 26th of November 2021, we will get together to discuss the challenges we face, the achievements we have made and the role we play in the UK economy. 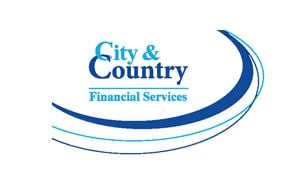 We supply a range of food products throughout Europe

PBLINK was founded in 2012 to support diverse business entrepreneurs with their ambition of growing a business in the UK, outside of their homeland.